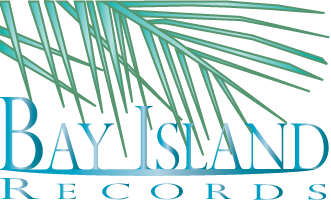 EL has always had a love for music that started as early as she could walk, talk and sing. She played piano, danced sang and composed music for most of her life. Her mom Philomena, an incredible singer, deeply influenced her with her beautiful voice as a child.

She played in bands in the Connecticut/New York area including, Bwilde as keyboard player and back up vocalist and front person for Battraxx, Amberrain and Johnny Plays with Matches. Some clubs included The Bitter End - New York City, EL and Gees, New London, University of Hartford, The Grotto, New Haven, D. Whitton's, Seymour and many other venues throughout the area. She also performed in many venues in Florida as a guest artist as well as Los Angeles. EL was pulled up on stage with Tower of Power to sing the background vocals for "Your still a young man" at a Wesleyan University Spring Fling.

While in Tampa "guest" singing with many different bands, her favorite, a show EL was featured as “Kashmir”, a guest artist for the band “Children of the Beat”, held at the Beacon Theatre in Orlando. The show was wild, with the audience dancing on top of speakers with her and EL dressed in a light blue plastic jacket, black lace cropped top and blue velvet hip huggers with a very long straight slick backed pony tail.

In Tampa as a solo artist, EL began to write and record and produce her first CD; using her then favorite software, Cakewalk Pro Audio and her favorite Roland sound card. Then in 1998 she formed Bay Island Records and shortly after Bay Island Music Publishing (ASCAP). She then designed and created website bayislandrecords.com which she maintains.

She moved back to Connecticut in 1999, where she lived in post and beam style restored hayloft apartment in a 200 year old barn in Northford, Connecticut and joined the band Amberrain. (Her sister Frances photographed the CD cover for the single at the barn). In Connecticut, she met her Guitar player, Gary Potts. She left the band Amberrain after a few months and released her first CD single in July, 1999.

The CD single "self titled-EL has had a lot of attention and airplay. "My Inspiration" receiving most of the attention. How many times did she hear "I can't stop playing this, "I love this song" "My Inspiration" truly was written from the heart.

"My Inspiration" reached #2 on Billboardtalentnet radio. EL became #6 favorite artist on the site, as listed in Billboard Magazine, February 19, 2000 issue.

EL was graciously invited to join a film group by Movie Director, Demian Lichtenstein (3000 Miles to Graceland) and became inspired to write the story for and release the short film/video for Forbidden Love. (April 29th, 2006)

"Forbidden Love" reached #1 on both the Electronic and pop charts on UBL.com

EL became a Semi-Finalist in the Ultimate Band Contest in the top 10 of the Pop Category on UBL.com

EL was pulled up on stage with Tower of Power to sing the background vocals for "Your still a young man" at a Wesleyan University Spring Fling.

She performed a showcase in February at the Millennium Music Conference 2000 in Harrisburg, PA thanks to theorchard.com for telling her about it and The John Harris Group (johnharris.com) for accepting her; which drew a lot of attention to her music.

The CD-single has aired across the US, Canada and world wide on the Internet the song "My Inspiration" reached #2 on Billboardtalentnet radio. Twice EL was listed in the top ten favorite artists on the site, the peak at #6, which was listed in the February 19th, 2000 issue of Billboard Magazine.

Thanks to Musician's Atlas for the information on Billboardtalentnet.com (which changed over to Broadbandtalent.com before sadly closing down.)

EL lived in Los Angeles, Tampa and London, England before returning to Connecticut where she finished recording her new CD released in late May 2005. Forbidden Love is a collaboration between EL and AleX Westerberg, Producer and owner of WM Records, Tacoma, Washington.

EL also is an actress for the Trail of Terror in Wallingford, Connecticut and won "best Actress" in 2003. As well as being an actress she also sang and performed as "Raven Mae" to entertain the crowd waiting to get in (2002). The Trail of Terror is a organization of volunteers that raise money for the local community, people and organizations in need, and was voted the #1 outdoor attraction in the United States by Fright Times Magazine. Owner Wayne Barneschi, was awarded Fund Raiser of the Year by the NorthEast, MidAtlantic division of the Red Cross. The Trail of Terror has raised and donated over 2 Million dollars, to date and is celebrating 25 years in 2019.

EL was graciously invited to join a film group by Movie Director, Demian Lichtenstein (3000 Miles to Graceland) and became inspired to write the story for and release the short film/video for Forbidden Love. (April 29th, 2006) Director Bruce Snyder filmed the video, EL produced it and also collaborated with Wayne Barneschi of the Trail of Terror where parts of Forbidden Love were filmed. This is the first in a series of Videos, music, photos, and journals entries to tell a tale called "Raven Mae" written and created by EL.

EL is a graduate with high honors with a degree in Mulitmedia/Digital Arts and made the 2010 Connecticut All State Academic Team and the 2010 USA Today All State Academic Team. She was honored at the state capitol and given a proclamation from Governor Rell, received the 2010 Multimedia Digital Arts Academic Achievement Award, was the Co-Vice President of Public Relations for Phi Theta Kappa for the Middlesex Community College chapter in Middletown, CT and was acting President for most of the spring 2010 semester. EL also graduated with honors with a degree in Fine Arts/Graphic Design in 2014, also from MXCC and won the Graphic Design Annual Academic Award in 2014. In 2016 El Graduated from Charter Oak State College with a Bachelor of Science degree, with honors, with a concentration in Fine Arts/Studio Arts with studies in DSLR Cinematography and Web Design at Paier College of Art and is a member of the Alpha Sigma Lambda National Honor Society. EL is currently working on a new cd and combining her digital art/ multimedia skills with music.